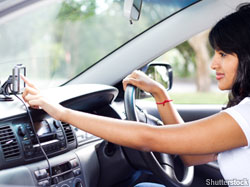 Whether you’re planning a short trip to the store or a long ride across the country, getting behind the wheel is the easy part. Staying safe while driving, on the other hand, takes a bit more work.

However, when it comes to investing in technology that’s designed to make the driving experience safer, Americans admit favoring increased convenience over driver and passenger safety, according to a MetLife Auto & Home American Safety Pulse Poll.

“The most recognized and sought-after technology features tend to be those which promote style over substance, when in reality, it’s the less glamorous features like electronic stability control which make for safer vehicles,” says Bill Moore, president of MetLife Auto & Home. “By increasing their understanding of the available safety features in today’s vehicles, consumers can make more informed choices about which cars provide the best safeguards to help protect themselves and their families on the road.”

Technology awareness: Are Americans too distracted by gadgets?

When asked about their familiarity with safety-oriented automobile features – some of which have been available for several years – survey respondents gave low marks:

* Less than half of respondents were very or somewhat familiar with electronic stability control, one of the most significant safety advancements in recent years, which helps improve steering and prevent rollover accidents. Almost one-third had never heard of it at all.

* Forty-four percent of respondents were very or somewhat familiar with brake assist, which applies additional brake force in the event of a sudden stop.

* Forty-three percent were very or somewhat familiar with forward collision warning, which alerts the driver when sensors detect an imminent front-end impact.

* Only 28 percent were very or somewhat familiar with the lane departure warning feature, which warns a driver that he or she is drifting out of the designated lane on a highway. Forty-one percent of respondents had never even heard of the feature.

Research from the National Highway Traffic Safety Administration and the Insurance Institute for Highway Safety shows that electronic stability control significantly decreases the likelihood of a single-vehicle crash by up to 59 percent and provides a 23 percent reduction in the probability of fatal crashes. Starting this year, electronic stability control is a standard feature on all new passenger cars in the U.S.

Although safety technology can help to make America’s roadways safer, the fact remains: No amount of technology can replace the safety benefit of an experienced driver behind the wheel.

“Auto manufacturers have made significant strides with regard to safety innovations over the past 10 years, but the ultimate safety feature is an alert and prepared driver,” says Moore. “Technology advancements have greatly improved the comfort and safety of cars, but overreliance on these features can be dangerous – drivers need to remember that it’s still up to them to operate their vehicles in a safe and responsible manner.”

Where can you get up to speed on safety?

To learn more about new auto technologies and how to make a positive difference in your driving, consider the informational tips offered at www.metlife.com.

Raising backyard chickens: Egging on the farm-to-table movement at home

Seniors’ Health Rankings: Where does your state rank?