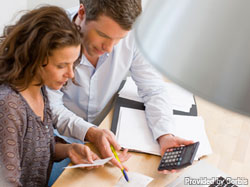 As the United States, one of the world’s wealthiest countries, struggles with debt and a still-uncertain economy, Americans are closely watching the steps our leaders are taking to address long-term fiscal problems. The state of our nation’s economy has also caused many individuals to re-examine their own personal finances and money management plans.

In a new book titled “Wealth: Is It Worth It?” the founder of Chick-fil-A, Inc., S. Truett Cathy, examines the potential dangers that accompany the pursuit of personal financial success. In a video message on WealthIsItWorthIt.com, Cathy says, “We are misled to think money will bring happiness.”

Having grown up in a financially poor family during the Great Depression, Cathy now owns the Atlanta-based restaurant chain with annual sales approaching $ 4 billion. Using his own life lessons as inspiration, Cathy shares the following money management tips in his new book.

Earn money honestly – There is no substitute for hard work. Cathy worked behind the counter of his mom-and-pop restaurant for 21 years before he opened the first Chick-fil-A restaurant at the age of 46 in 1967.

Save reasonably and spend wisely – Everyone needs a budget. Create a plan for spending and saving that allows you to buy the things you need and put enough aside for long-term requirements.

Shop smart – Buy the things you need on sale. Even now, Cathy likes to buy his clothes on sale and his cars used. When shopping with his grandchildren, he takes the opportunity to teach them to only buy what they need.

Manage risk – Avoid unnecessary risks. While we can’t avoid all risks, Cathy says too many people take on too much risk in their desire to generate more wealth. He notes instead of saving money to create wealth, people borrow money to create the appearance of wealth. Likewise, companies, in an attempt to grow bigger faster, borrow more money than they can manage.

Think long term – Set long-term personal and financial goals. Cathy, who interviewed former Indianapolis Colts head coach Tony Dungy about the definition of success, points out that according to Sports Illustrated magazine, 78 percent of professional football players are bankrupt two years after they retire. Poor investments and poor spending decisions too often cost them everything. Cathy says to stay focused on your long-term goals rather than compare your progress to others, referring to Chick-fil-A as the “tortoise” in a race with a “hare” competitor in the ’90s.

Give generously – Don’t wait to start giving. In the book, Cathy also interviewed billionaire investor Warren Buffett, who says giving to others is a philosophy he and his wife decided on back in their 20s. Cathy says the happiest people he knows are those who give away their money and the saddest are those who hold their possessions in their hearts instead of their hands, or who hoard because they fear what the future may bring.

“Money and possessions for their own sake are a hollow victory,” Cathy says. “Real victory is what you do with the money, not the fact that you have it.”

Fabulous Fall Flavors: Why Autumn is ideal for gardening, plus timely tips for success

Do you really need less salt?