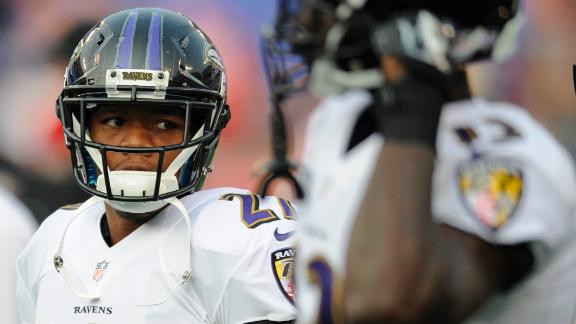 Ravens general manager Ozzie Newsome testified under oath Thursday in the Ray Rice appeal hearing that he heard the former Baltimore running back tell NFL commissioner Roger Goodell during his June 16 disciplinary hearing that he had hit his then-fiancée in a casino hotel elevator, two sources told “Outside the Lines.”

Rice’s appeal of his indefinite suspension ended Thursday in the offices of former U.S. District Judge Barbara S. Jones, who will decide the outcome. Rice also testified Thursday, as did his wife, Janay. 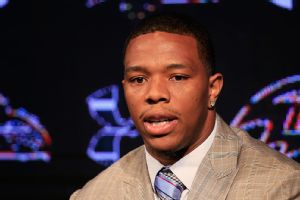 What occurred in the June 16 hearing is key to Rice’s chances for reinstatement, sources said. He was suspended indefinitely Sept. 8 for violating the NFL’s personal conduct policy after a video of him hitting Janay and knocking her out at an Atlantic City casino was released publicly.

Goodell originally had suspended the running back for two games.

Rice and the NFL Players Association contend the league’s indefinite suspension constitutes an enhanced punishment for the same violation and thus violates labor law. The union also is arguing that the discipline of Rice by Goodell was inconsistent as it relates to the league’s conduct policy. Rice is seeking immediate reinstatement.

“Outside the Lines” quoted four sources in September who said that Rice had told Goodell he struck Janay — a claim Goodell has denied, saying that Rice’s account to him in the June 16 meeting was “ambiguous.” Goodell spent more than two hours testifying Wednesday.

Details of what Rice and his wife testified to Thursday and what Goodell said Wednesday were not released to “Outside the Lines” because of a gag order that Jones imposed. But sources said Newsome backed Rice’s previous accounts of what he told Goodell. Goodell spent the majority of his time testifying under cross-examination by outside union attorney Jeffrey Kessler, sources said.

Rice and Janay Rice left the hearing separately about three hours apart after each testified.

Ravens president Dick Cass was scheduled to testify but was not called, sources said.

The NFLPA released a statement after the hearing concluded Thursday, commending the “due process” allowed Rice in the process.

“The NFLPA thanks Judge Barbara Jones for presiding over a fair and thorough hearing,” the statement said. “This is the first time in the history of our League that a disciplinary hearing has been conducted pursuant to a joint agreement on a neutral arbitrator. We commend NFL owners and officials for the wisdom of this decision which enhances the credibility and integrity of our business. The collectively bargained rights of all players must be vehemently preserved and we take that obligation seriously.”

It’s unclear when Jones will rule in the case, but sources told “Outside the Lines” that she asked for final briefs to be filed by both sides next week ahead of any decision she will make.

Information from the Associated Press was used in this report.

Avoid an accident with poison prevention at home

Add value to your home with smart spring home improvements